“There are two types of people on planet Earth, Batman and Iron Man. Batman has a secret identity, right? So Bruce Wayne has to walk around every second of every day knowing that if somebody finds out his secret, his family is dead, his friends are dead, everyone he loves gets tortured to death by costumed supervillains. And he has to live with the weight of that secret every day. But not Tony Stark, he’s open about who he is. He tells the world he’s Iron Man, he doesn’t give a shit. He doesn’t have that shadow hanging over him, he doesn’t have to spend energy building up those walls of lies around himself. You’re one or the other – either you’re one of those people who has to hide your real self because it would ruin you if it came out, because of your secret fetishes or addictions or crimes, or you’re not one of those people. And the two groups aren’t even living in the same universe.”

-David Wong, ‘This book is full of spiders, (seriously dude, don’t touch it.)’

I love this passage. I feel that it perfectly encapsulates the world of kink. For those who don’t know too much about Batman and Ironman, let me give a rundown of the two characters:

While on the surface the two characters seem very similar, a bit of analytical comparison reveals many similarities, Bruce Wayne a.k.a Batman was:

1) born wealthy
2) highly intelligence
3) lost both parents
4) trained to be a warrior
5) fights crime
6) leads a life of solitude and self-hatred.

1) born wealthy
2) highly intelligence
3) lost both parents
4) trained to be a warrior
5) fights crime
6) leads a life of solitude and self-hatred.

Both are the heads of major corporations and are decadent while not in their superhero identities, but confide in only select people (Alfred the butler / Pepper Potts, the assistant)

Take me: I am 100% open to all and sundry about my poly, my kinks, my life and my style. I am the Tony Stark of the poly kink scene around here, the Ironman type. Yes, it causes problems from time to time, but the people it causes problems with are not the kind of people I want to surround ourselves with. 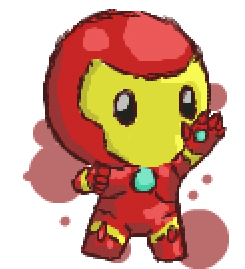 Another friend, ‘Kay’ (a pseudonym) she is not at all open about her kinks. A lot of the closest people to her have no idea that she is poly, kinky and/or bi, because she feels the need to hide it. She is the (proverbial) batman. This too has it’s problems, in that she sometimes finds herself in a position of feeling that she has to lie to protect herself. 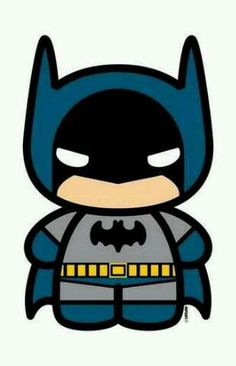 So what does this say about us? I think it’s a statement of what are the most important combination of factors to us. For Kay, her privacy and sense of self-preservation are high on her list, whilst for myself, the need to be open and honest and to acknowledge our partner(s) outweighs that.

The analogy goes deeper than this too. Batman seperates himself from Bruce Wayne as a result of a sense of duty to those he loves, in the same way that batman types feel that they have to hide their extracurricular activities to protect the ones they love. This can be seen whenever we are approached by tv channels for interviews: Due to the fact that we as poly people have no legal protection in work and so on, many people who would otherwise be happy to provide interviews to get the word out there more can not do so for fear that their lives would be negatively affected as a result.

The flip side is Ironman’s personal motivation. He spent many years reveling in his decadent ways before becoming Ironman, but later he found that his true calling in life was to protect the people and went to great lengths to let his enemies know that this was the case.

This is much the same in the poly world with Ironman types being happy to inform the world of their pursuits. I myself have been open with everyone about my lifestyle, which has led to a number of really interesting conversations and I make it perfectly clear that I will protect the happiness of the people I care about fiercely.

But of course there are drawbacks to both sides. Batman types are more protected through their unwillingness or inability to be open about these parts of their life, but the flip side is that they are less likely to meet new partners, play partners, etc and if you are in a place where there is almost no scene, as I found in my university city, you may find that it is lonely and that if you do need to follow the lifestyle, that you may have to compromise on your personal morals, which one person I know has done, cheating on an unknowing partner instead of discussing their needs.

The Ironman approach has the opposite drawbacks, with more integration within the scene at the loss of some levels of personal and professional protection. It is a sorry state of affairs but there is nothing in the law that I have found which protects poly people from persecution. There have been cases where people have lost access to their children because partners have taken them away after the split due to these proclivities.

The moral, dear reader, is to know who you are and make sure you’re protected whatever you do. Both Wayne and Stark ended up leading a life of solitude as their enemies tried to exploit their weaknesses, constantly worried that the people they were trying to protect were being put in harms way as a result of their actions.

I think that we need both types to be able to learn from the other, finding ways to both love the way we want, play the way we want and also be protected when we need to be.

Ok, If you have enjoyed this, head over to the facebook page, donate to the patreon, all that good stuff, but maybe also take a look at the new podcast being created by RC and myself, based on polyamory in the UK?