Let’s talk libido. How often you want to have sex different person to person, and day to day, depending on your hormone levels, natural brain chemistry, etc. What is often missed out though is that it often dictates the duration of sexual encounters; sometimes fucking for hours in every position you can think of is your thing, while other times you can barely function without a quickie.

So the question in my mind became ‘What’s the optimal amount of time sex should last?’

Well good news! A study published in the Journal of Sexual Medicine by Dr Brendan Zietsch, a psychologist at the University of Queensland, had 500 heterosexual (and one assumes monogamous) couples time their sex-ploits over the course of a month.

The timing began from the point of penetration through to the point of ejaculation so as to rule out discrepancies caused by foreplay and so on. 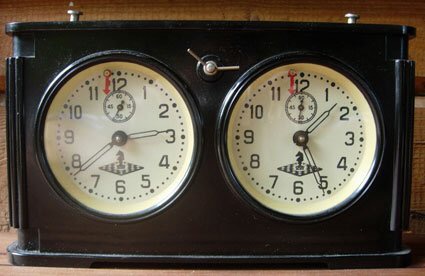 You wouldn’t want couples arguing about when sex starts and finishes, after all… Leaving aside the question of sexism and whether having to time sessions would have an effect on the results, let’s skip to the conclusion.

The study showed that the average session lasted a little under 5 and a half minutes,with a range from 33 seconds to 44 minutes.

It was found that there were a number of factors affecting how long sex lasted, from age and experience levels to duration of foreplay, but what was a very interesting point was that condom usage did not affect the time.

So what about the *quality* of the sex?

Can you imagine asking a partner “How would you rate our sex?”

A study conducted by US and Canadian sex therapists seems to say that anything under 2 minutes is too short, 3-7 minutes is optimal, while ten minutes or more is too long, but this study concludes that sex between 7 and 13 minutes is “desirable”.
So what’s the take home message here? While it may seem like you should try to change to fit the ‘desirable’ range, what I take away is that from quickies to Tantra; with a range between 33 seconds through to 44 minutes, you shouldn’t worry about how long you take, so long as you and your partner(s) are satisfied with your love life, keep doing what you’re doing.
_____
So that’s the piece this week. If you have enjoyed it or found it to be interesting, maybe share it with a friend or two? You could consider following us on Facebook and maybe think about donating to our Patreon.
-LaRasa, the ‘lazy slut’.